Broomfield Hospital, built as a sanatorium for TB patients, was one of the last of its kind to be completed before the outbreak of the Second World War. It was built on the site of a roomy Edwardian mansion, Broomfield Court, and around 88 acres of land originally called Little Dumplings.

The house built in 1904 for Latermar and Louisa Radcliffe is graced with magnificent oak and chestnut panelling, which can still be seen today in the entrance staircase. Constance Nash, Louisa Radcliffe’s daughter, sold the house and grounds in 1935 to Essex County Council and the house itself became the hospital’s Nurses Home. 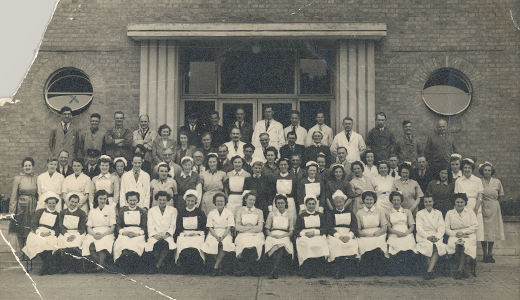 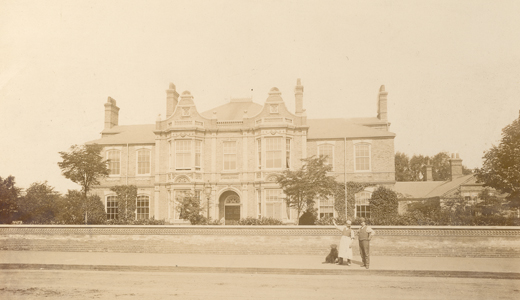 Highlights of the Hospitals History:

1940 – In May the hospital is opened for the treatment of tuberculosis patients.

1948 – The hospital becomes the responsibility of the North East Metropolitan Regional Hospital Board as the National Health Service is launched.

1953 – The first student nurse arrives from the Commonwealth (Nigeria)

1957 – The Hospital League of Friends was founded and is still giving valuable support to the hospital today.

1959 – The first women and their babies are admitted to the hospital, (previously only male patients).

1960 – Broomfield became a General Hospital and training for general nursing was established.

1963 – The Right Hon Enoch Powell  officially opened a new creche as an aid to the recruitment of nurses.

1970 – Plans are revealed for the first stage of development, costing £3 million, for new district general services.

1981 – Work begins at last on the development and the cost has risen to £13 million. Dame Elizabeth Coker, Chairman of the health authority cuts the first turf to launch the scheme.

1986 – A proposal emerges for a cancer centre at Broomfield Hospital but the plans do not come to fruition, despite a major campaign by local people.  But heart patients at the hospital benefit from the latest equipment thanks to the efforts of local fund raisers.

1987 – A boost for hospital services as the Princess Royal opens a new ward block and work starts on the upgrading of the east wing of the hospital.

1988 – The hospital’s west wing is demolished and the former concert hall at the hospital is turned into the New Medical Academic unit.

1990 – The go ahead is given for the penultimate phase of the development at the hospital, Including 196 acute beds, 96 beds and a 30 place day hospital for elderly patients and four operating theatres.

1995 – The final go-ahead has been given for the development costing over £25 million to increase clinical space at Broomfield by more than 50%.

2000 – April Broomfield Hospital takes control of the renal unit from the Royal London Hospital. May sees the 100th edition of the trust’s staff magazine. 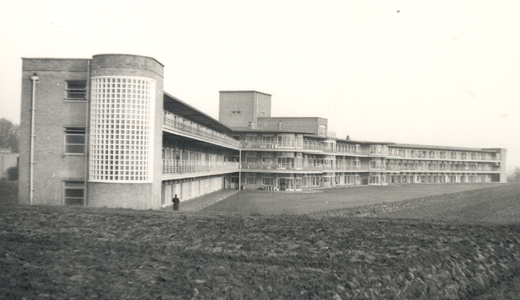 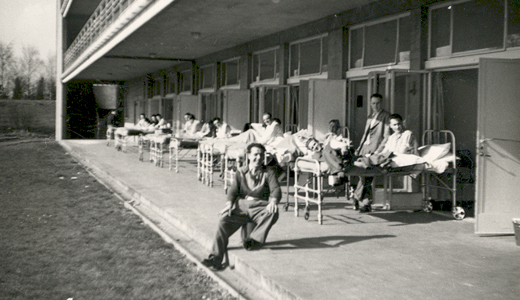 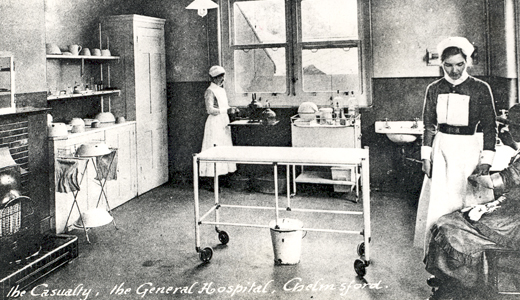 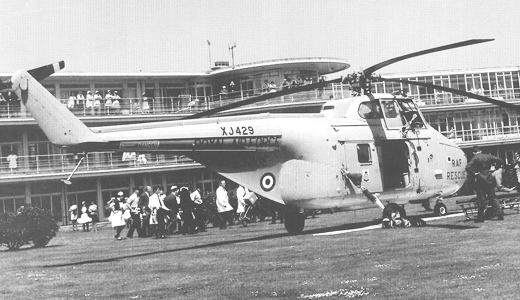 Building work for the new hospital began in June 1937 and after delays caused by wartime difficulties, the hospital’s first patients were admitted in 1940. There were 312 male patients and bed occupancy was anything from 6 months to about four years per patient. The hospital was soon working to full capacity and was the only centre for thoracic surgery for pulmonary tuberculosis in Essex. Towards the end of the war 50 per cent of patients were ex-service men.

Broomfield Hospital was originally known as Essex General Hospital, and in the early days its south facing ‘butterfly’ wings caught the sun for the benefit of the TB patients. Even during the winter months beds were wheeled out onto the balconies. Fresh air, bed rest and good food were all part of the treatment and much of the food was grown on the Hospital Farm. Often the view from the balconies was a field of cabbages not quite the right aroma conducive to sharpening the appetite!

Boredom was a real hazard for TB patients who faced long stays in hospital. Much of the time was spent playing cards and writing articles for the hospital magazine. One highlight of the week was to be wheeled on trolleys (four to a trolley) to the Concert Hall for a film show. This event was a sight to behold as each trolley load competed to be there first. The dexterity of the porters controlling the passage of these chariots was only surpassed by the agility of the pedestrian traffic they met on the way!

As TB declined, the hospital developed. The North East Metropolitan Regional Hospital Board took over when the National Health Service was founded in 1948. All patients were male until in 1959 when it saw the first intake of 50 ladies and six newborn babies with their mothers. By the 1960s Broomfield had become a general hospital with just one chest ward.

Since then many new services and wards have been added to Broomfield Hospital and by 1984 these included an Accident & Emergency Department, Pharmacy, Rehabilitation Department, Operating Theatres, Intensive Therapy Unit and new specialised wards. The original concert hall was converted to house a Medical Academic Centre. In 1987 Princess Royal opened a new ward block. Work then started on the upgrading the east wing of the hospital and the west wing was demolished the following year.

Extensive development works continued throughout the 1990’s and saw an increase in clinical space at Broomfield Hospital of more than 50%. On the 18th October 1996, John Major, Prime Minister, undertook the Topping Out Ceremony and the new ‘East Wing’ was officially opened in 1998 by the then Trust Chairman, Sir Jeffery Bowman, former Nurse Tutor Margaret Craig and former consultant anaesthetist Dr David Walmsley.

More recently, a new hospital wing was completed and opened in November 2010.