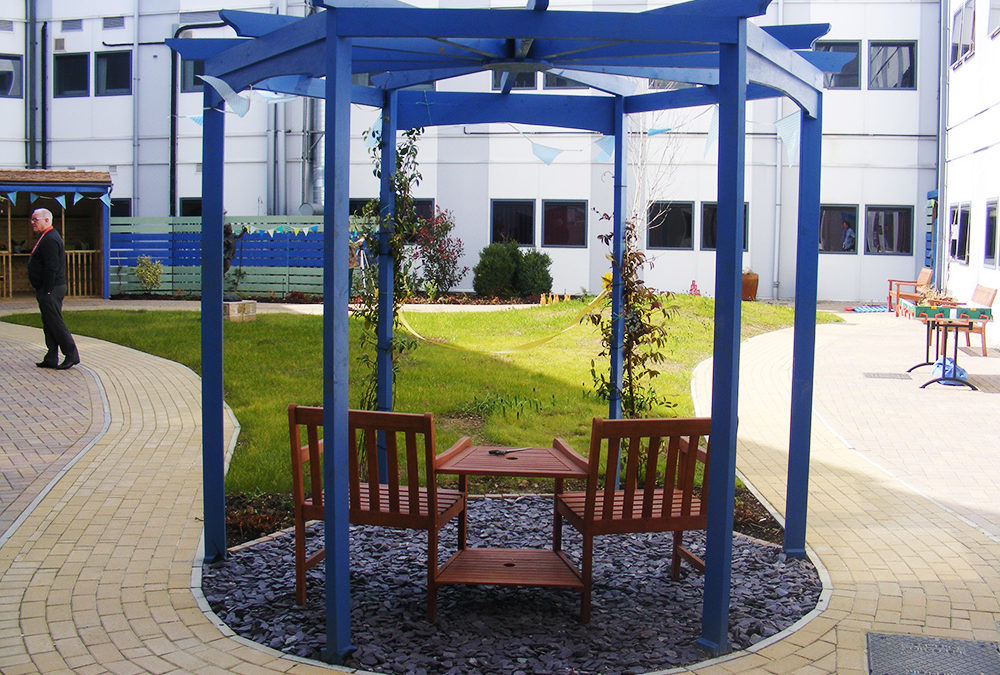 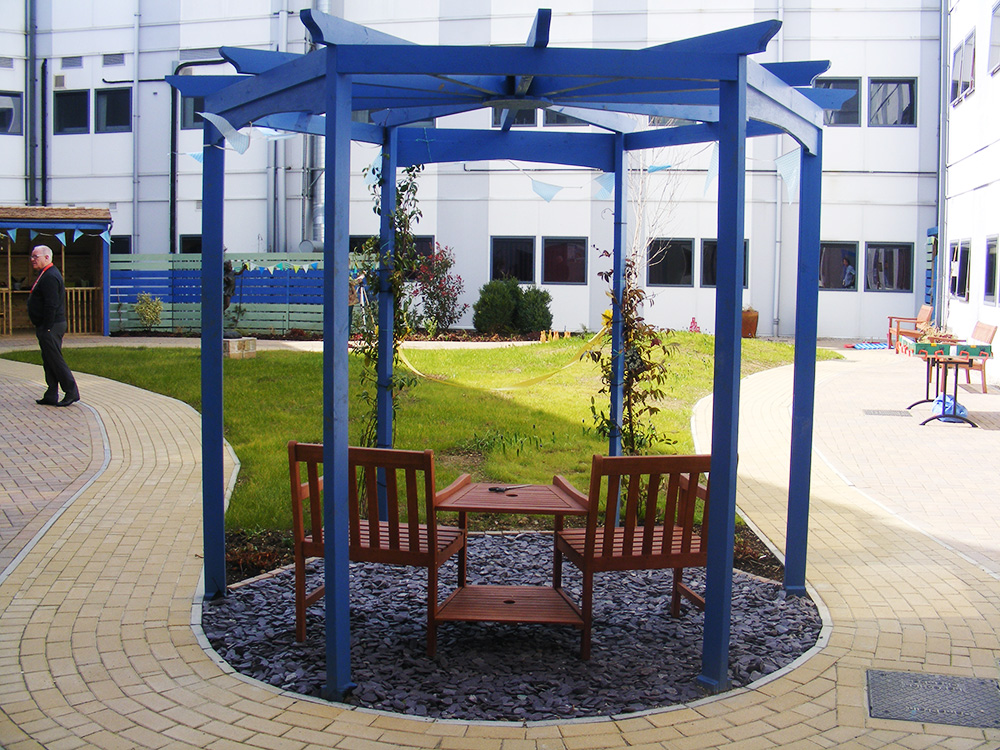 A substantial contribution of £20,000 was made towards the garden project by the Friends at Broomfield Hospital as part of the organisation’s ongoing aim to make life better at the hospital for patients, visitors and staff.

Fran Hodby, dementia specialist at Broomfield Hospital said: “The garden is already making a huge difference, helping patients with dementia have a more positive experience when they are in hospital.

“Getting outside into the fresh air gives them a break from being on the wards, lowers stress levels and it means that patients with dementia can be reminded of things they did in their younger days.”

Patients are now able to enjoy relaxing walks around the garden, which includes a garden room, seating, a pergola and an evocative sculpture of a young girl skipping. The patients will also be able to enjoy activities including gardening groups and pet therapy.

The garden was designed by Michael Ekers who won a competition among Writtle College students to come up with a concept for the project. His design transformed a former uninviting courtyard area into a beautiful space, including a safe circular path and a soothing green and white palette of drought resistant and shade tolerant plants.

The Forget-me-Not garden project was led by members of Chelmsford’s 41 Club part of the Round Table family.
A total of 20 tons of shingle had to be removed at the start of the project and volunteers from the 41 Club put in hundreds of hours of work ranging from project management to construction and planting.

They were helped by volunteers from other groups including Round Table, Rotary, Tangent and Essex Boy’s and Girl’ Clubs.
Doug Pinkney from the 41 Club said: “It was hard work, but very rewarding and there was a lot of good humour involved.”

Alison Douglas, chairman of the Friends at Broomfield Hospital said: “We are delighted to have been able to make such a significant contribution towards such a worthwhile project. The end result is a credit to all the volunteers who put in such an immense amount to work and it is something that will be of lasting benefit for patients with dementia.”